Most Popular Games for the Summer

Bonding with friends and family over games can be rewarding and exciting. It’s a way to exercise the bones, burn some calories, and stay fit without even knowing it.

Whether you’re at the beach, the fields, your yard, or right inside your room, you’ll find games that fit the occasion.

You can try out games from the list below with your friends and family. And if you’re looking to switch things up with some video games, we have the right list for you too. 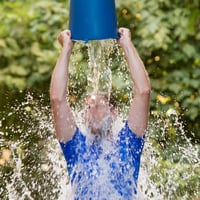 You don’t necessarily have to go far from your house to enjoy any of these. If you have a field, backyard, lawn, or a nearby beach, then you’re set. Below are our top picks of popular outdoor games that you can play in the summer.

All you need is 5 to  4 by 4 wooden cubes to form dice, A bucket for rolling the dice, and a scorecard/whiteboard and marker). The person with the highest number of dice scores wins. See full instructions here.

The game is played in a swimming pool. A player is chosen as “It” and is made to close his /her eyes. The “It” shouts Marco while the other players reply with Polo. The ‘It” will then try to catch one of the other players.

In this game, one player is “chosen as the head of the whip.” The next player holds on to the head while the other players hold each other’s hands till the last person. The leader then moves in random directions in a bid to crack the chain of hands.

Lawn twister is a two-player or four-player game played on colored circles made with stencils and spray paints. The game is usually played on the lawn or field.

Things to Consider When Choosing an Outdoor Game

To guide you in choosing an ideal outdoor game for the summer, consider the following factors.

Popular Esports for the Summer

Outdoor games during the summer can be fun and exciting. Other than time spent with friends and family, you’ll get a generous dose of fresh air.  However, if you don’t have the time or luxury to go outside, you can still enjoy the summer with indoor activities.

If you’re looking for ideas on indoor activities to help you unwind during the summer, Esports is one of them. You get to live stream and play exciting video games online, watch on your TV, or even join other fans at the Esports stadiums around you.

And the best part, you could earn cool cash by playing and winning any of the tournaments.

Our top picks for the most popular Esports this season include:

League of Legends is one of the most famous video games of all time. It is a multiplayer battle arena video game developed and published by Riot Games. And has support for Microsoft Windows and Mac OS X.

Players are given access to powerful tools as soon as they are released, unlike in the previous multiplayer online battle arena (MOBA) games. These abilities allow for more dynamic and quicker gameplay than any other game in its genre at the time of release.

Counter-strike is a free, multiplayer first-person shooter video game. It was initially released in November 1999 for the Playstation. The game is one of the most played online FPS games amongst millions of players.

Fortnite is an online third-person shooter game. This game is set in the fictional city of Fortnite. And is available for Windows PC and other gaming consoles.

Fortnite received generally positive reviews from critics and players, who praised its engaging gameplay style, impressive graphics, and exciting modes. The game also received some controversy for its progression system, which featured cards that allowed players to gain rewards faster than others.

The arcade game Mortal Kombat is a favorite among gamers and classic video game lovers.  The game allows characters to fight their past opponents and alter the present with time travel. It boasts of new defensive and offensive mechanisms with their improved animations.

StarCraft is a free-to-play MOBA game. It allows gamers to use accurate unit controls, spellcasting, research upgrades, and combat strategies to attack opponents. This game is one of the best-in-class gameplays and offers multi-million dollar prizes to winners.

It has unique graphics that allows characters to enjoy more features such as attack damage, movement speed, visual effects, and even sounds. The player has unlimited access to command centers which provide power for many of their attacks.

Overwatch is a team-based action multiplayer, and first-person shooter video game. It was developed and published by Blizzard Entertainment, for PlayStation 4, Xbox One, and Microsoft Windows.

In Overwatch, players select one of several hero characters from any of its three different factions. Players on a team will primarily have objectives such as capturing control points and escorting payloads across the map in a series of matches.

Want even more eSport games? You might want to explore

Whether you prefer to spend your summer indoors or outdoors you’ll find more than enough games to play. The list here should help you find a good game for the summer, but a poor internet connection won’t help.

Ensure that you have a solid and reliable internet connection to fully engage in your favorite games.

Game On for Virtual Tailgating

It’s 2020, and people miss a lot of things. If you’re a fan of tailgate parties, then you’ll miss...
Read More

We all want our kids to be skilled problem solvers. After all, the world is full of it.
Read More

Home for the Holidays: Best Ways to Stay Connected to Family and Friends

Spending holidays at home can be as exciting as traveling—no place like home after all.
Read More